I decided to clean out my Sega console stock backlog (Sega Saturn and Sega CD). Ordinarily, I loathe sports games but I picked up a few Saturn sports titles that were only a dollar because I reason they should be good for some standard multimedia.

The first of the disposable sports titles, this one from Sega Sports. Unsurprisingly, there are 4 FILM/CPK files on the disc. There is one inordinately large video on the disc that contains promotional material for ordering VHS tapes of great baseball moments. 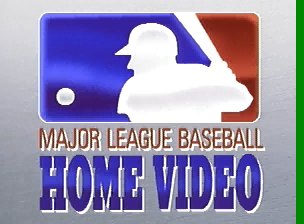 Nope! This was apparently one of the later Saturn titles that made use of Duck Truemotion 1 encapsulated in AVI files.

This is from EA Sports to I expect it to have some hodge-podge of custom Electronic Arts formats. There turns out to be a big resource file called fmvideo.dat that does, in fact, contain known EA FMV types such as '1SNh' and '1SNd'. Meanwhile, the resource format is simply a sequence of 32-bit big endian number pairs-- the first is the file's absolute offset within the resource and the second is the length. The first 0x800 (2048) bytes consist of these pairs and are zeroed out if unused. Thus, the resource can contain up to 256 files. The disc contains 16 .dat files.

The home version of the legendarily schlocky arcade game based on the movie based on a popular video game. Developed by Capcom (of course) but published by Acclaim. I wonder if it was their idea to do the movie-based game in the first place?

There are, indeed, FMV files in FILM/CPK format. It looks like there is even a full-length music video as a value-add. Some of these files turn out to be the very first stereo PCM FILM files I have ever encountered that are 8-bit vs. 16-bit. My xine FILM demuxer was not set up to handle this. It is now. 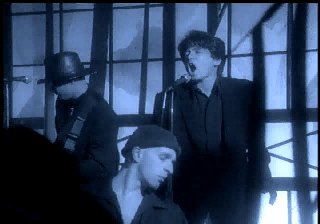 The music video file is cryptically named only crip.cpk. A close listen to the lyrics and a little research into the movie's IMDb soundtrack info page reveals that the song is called "Something There" by an act called Chage and Aska (I suspect that this is their official website). There are also credits for the English lyrics, which may explain why the lead singer's lip movements don't always seem to match with the lyrics.

A 2-disc affair for a single-letter game. And there are over 300 FILM/CPK files on the first disc alone. It looks to be a quintessential interactive game (though I suppose I would actually have to play it to know for sure). But it seems reasonable that this is one of those games that I could know the whole storyline by merely watching through all the FMV files.

From Bullfrog Software. Perhaps it will have FLIC files like their Magic Carpet game did. Nope-- in fact, it uses Duck TrueMotion in AVI files. The resolution is 320x200 so they likely were planned around the DOS version. With 10 platform ports, this was an aggressively portable game.

Another simulator game, and developed by Maxis, so I have no idea what to expect in the multimedia department. There is a directory called anim/ which finally contains something new (assuming anim is short for animation). At least, they looked new at first. But they might be early Duck TrueMotion 1 files, spread across various components.

This looks to be a World War II simulator. Working Designs, the company behind it, just stuck to the standard FILM/CPK API for compressing clips of old war footage interspersed with some mid-90s vintage 3D model animations.

"CD quality audio track" on the box copy usually means that there are Red Book CD tracks on the disc. Sure enough; 4 of them on this disc. There are 1600+ files on the data portion of this CD-ROM but the only one that even exceeds a megabyte is the main program ROM file (with a .rom extension).

The Amazing Spider-Man vs. The Kingpin (Sega CD) (MobyGames Entry)

Judging from the box copy, this looks like another Sega Genesis type platform game with a CD soundtrack. In fact, there are 12 audio tracks but there are also 32 numbered movie*.bin files on the data portion. Hmm, a closer reading of the box copy does mention something about "original 3-D animations".

One of the CD quality audio tracks is purported to come from a member of the early 90s act named Mr Big. Ironically, I remember one of their videos being featured on a Sega CD music video sampler. The lyrics of the exclusive track start out with, "Save this city / save it from the hands of destruction..." I think the song may be entitled "Swing Time"

Curiously, the very last track has a warning against playing the disc directly. It's backed by some metal guitar. I wonder if it's supposed to be a joke.

by Mike Melanson (mike at multimedia.cx).